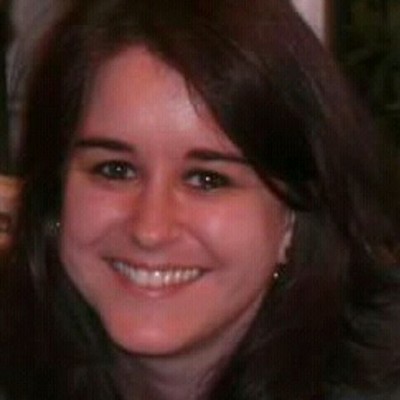 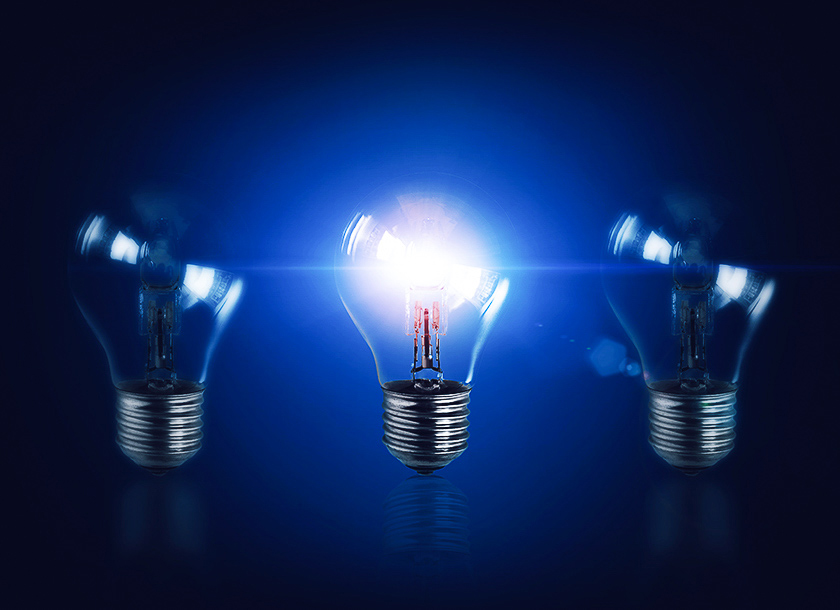 Driving successful digital transformation requires investment of both financial and human resources, as well as a change to the culture of your organisation. It goes without saying that transformation must go beyond theory, and must be put into practice as quickly as possible or else your company risks falling behind and suffering serious consequences.

The following four examples demonstrate how so-called "traditional" companies have risen to become examples of best practice in digital transformation. We have analysed a number of American and European companies to show what digitalisation looks like in different industries, at different scales, and at different speeds. All of these examples have, as a common denominator, a successful transition to digital.

Each successful company relies on a well-functioning marketing strategy. Analog marketing had its day, but with the rise of digital marketing, it has quickly become obsolete. Digital marketing has opened the door to new, more cost-efficient ways of going to market with higher conversion rate:

Starbucks became one of the most studied digital transformation examples because of how it is leveraging its customer data. In just a few decades, and already a pioneer in traditional marketing, the brand with the siren grew from a small coffee shop in Seattle to a global leader in successful digital marketing conversion.

With 90 million transactions per week, taking place in its 25,000 stores around the world, Starbucks identified the potential to improve customers' experience, whilst creating more leads for its business. They analysed all available data, including that of their sales and logistics teams. The results showed that even though at a glance these departments appeared disparate, upon closer inspection they in fact work hand in hand in managing customers' data.

To use this data in a smart way, the company created a mobile application and launched a loyalty program, based on the four pillars:

The payment strategy proved to be an excellent case for digitalisation. It was based on a simple principle: to help earn and build loyalty by making the most of new technologies.2

Technology should amplify human relationships, not hinder them. The goal is not to make a cool, flashy product. The goal is to build technology that will accompany human contact and shape Starbucks.

Starbucks has been a leader in the payment application market for a long time. It even surpassed companies like Apple with 40% in the mobile payment market alone.3 But what is the end result?

Thanks to the large quantities of data gathered, the company now knows exactly what customers order, their preferences, the location in which they place their orders, and the time of the day and week. The data helps to:

It's a win-win strategy where customers are satisfied with a highly personalised level of service, and Starbucks saves both time and money. Thanks to the way Starbucks uses its data to keep customers happy, the company is among the top digital transformation examples.

Now that the connection between digital transformation and marketing strategy is clearer, what about customer support? How can your company integrate new technologies to improve customer support, and offer a better level of service?

In 2008, after suffering a fall in shares price, the company made major investments in digital. It also re-allocated 50% of staff working from its main offices to the IT department. For Domino's, the aim of this reorganisation was to become an e-commerce company that "incidentally" sold pizzas. Thus, a new corporate culture emerged which included teams such as marketing as well.

In 2011, the company got its digitalisation on track and became the forerunner of digital processing thanks to its application and "pizza tracker".4 That year, 25% of Domino’s pizza orders were placed online: numbers that increased to 60% in 2017 and 80% today. The strength of Domino's data is unsurprising given that it is possible to order your pizza via a tweet, Facebook messenger, Slack, Apple TV, SMS and more. Combined with a loyalty program, the digital strategy proved to be worthwhile.

While Domino’s digital transformation was a success, the company did not stop to a mere reorganisation. In fact, what made Domino's surpass GAFA (Google, Apple, Facebook, Amazon) in share price for seven years in a row (2010 to 2017) was its customer service and experience, coupled with its commitment to technology. Excellence in this area was possible with the introduction of AI (artificial intelligence) and machine learning to support the taking of orders, e.g. virtual agents, chatbots, or even in the making of the "perfect pizza" with the help of the "pizza checker". Together, all of these worked to make sure customers receive outstanding service.

The invention of email drastically changed the way we communicate. One of the major companies affected by this, and who embraced digital transformation was La Poste. To keep up with the changes that email brought about, La Poste invested more than 3 billion Euros over the course of three years. It now offers a state-of-the-art service for both individuals and professionals: personal and administrative e-management, an option for the dispatch/return of parcels from the mailbox, the tracking shipments, and so on.

La Poste became a model of digital transformation thanks to Facteo, its application. This is used internally to help improve customer relations and facilitate the work of the company’s postmen. The shift to digital is noted in:

La Poste became a public limited company in 2010. At present, the organisation has more than 350 subsidiaries worldwide, amongst which are companies such as banks, insurance and consulting firms, and many more. Thanks to these subsidiaries, La Poste was able to collect billions of dispersed data points. Having laid the foundations for its digital transformation, La Poste is now relying on AI (artificial intelligence) to exploit this information. It also bets on targeted advertising campaigns using AI and predictive data analytics, which are said to offer a return on investment seven times higher than a traditional campaign.5

That was one of the reasons why in 2016, Mediapost, La Poste's communication and marketing subsidiary, acquired Probayes, a Grenoble-based start-up specialising in AI. The aim of this was to level La Poste up to the rank of a GAFA company, and optimise its services. Even though the vision seemed futuristic back then, it is not viewed the same way today. Looking at La Poste's example, and studying where your competitors are located, may be a wise strategic decision. If your company does not rely on AI just yet, it might be time to reconsider.

BNP Paribas, a bank with an impressive history, had to convert to digital to maintain its market-leading position. The company’s digital transformation enabled it to survive as neobanks continued to appear, and interest rates continued to fall. In regard to its digital offerings, BNP Paribas moved to 2nd place in 2019, as opposed to its ranking of 5th place in 2018, according to the digital performance rating agency D-Rating.6

To show its confidence in adopting a digital strategy, Jean-Laurent Bonnafé, CEO of BNP Paribas, set a target of 3.3 billion in savings for this year. If the bank was bold in setting its objectives, this was largely because of the digital transformation approach that guides it.

By developing Nickel in 2017, which enables customers to open a bank account at establishments such as tobacconist’s, the bank is quickly encroaching upon the terrain on new entrants such as Revolut and N26. Both of these European neobanks operate through mobile applications, and without the need of opening accounts.

What's more, with HelloBank, the youngest online bank created in 2013, BNP Paribas is right behind pioneers such as BforBank and Fortuneo. Both companies have been present on the market since early 2000. To strengthen the argument that going digital is the right way to go, HelloBank's director, Caroline Lehericey, announced last November via a tweet an increase of 20%, coming up at a total of 500,000 customers.7 The online bank has set its next target at 1 million customers.

Moreover, to increase transactions via mobile applications and reach above 4 million users in 2018, the bank expanded its resources. By offering a plethora of digital services such as:

It’s safe to say that BNP Paribas' digitalisation efforts paid off. Whilst a late bloomer in starting its transformation process, BNP Paribas seems to be catching up quickly. Today, BNP Paribas is one of the most successful digital transformation examples, competing with neobanks on their own playing field: the digital sphere.

Digital transformation best examples: What to learn from the best

The case of La Poste shows that even when new technologies impact your company, this does not necessarily lead to its demise. Knowing how to reinvent yourself and look for new opportunities in digitalisation can benefit your company. What about when your company falls behind? The example of BNP Paribas proves that even with fierce competition, allocating the right resources leads to a win-win.

Now that you have learnt about some of the best digital transformation examples, you can apply the principles to your own digital transformation. It's been proven that technologies involving AI, machine learning and data analysis are worth investing in, and that their benefits will pay off in the long run.

That said, are you ready to make your own company a digital transformation success story?

Do you want to read more about Digital Transformation?

Ioana Bota
About the author
Ioana's journalistic background and experience as a digital marketer fuel her curiosity to know more about digitalisation, meeting management and business agility. 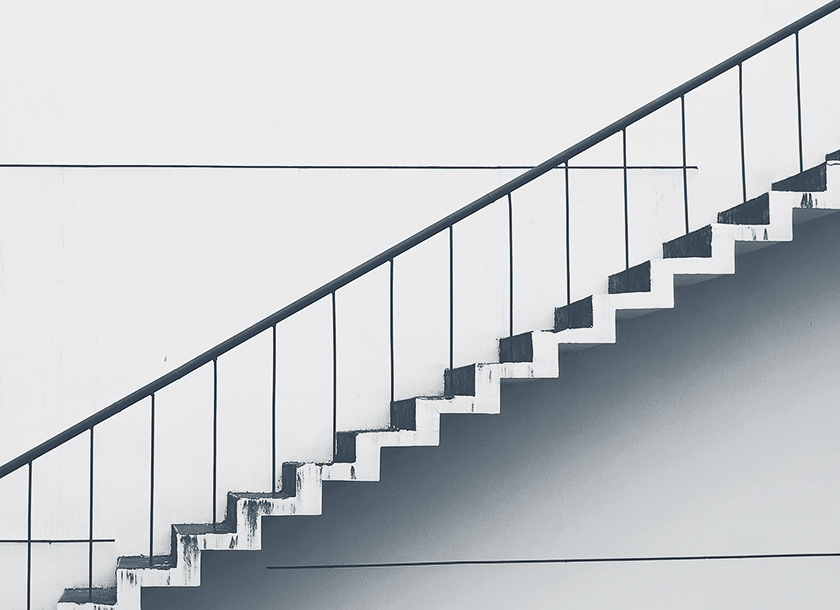 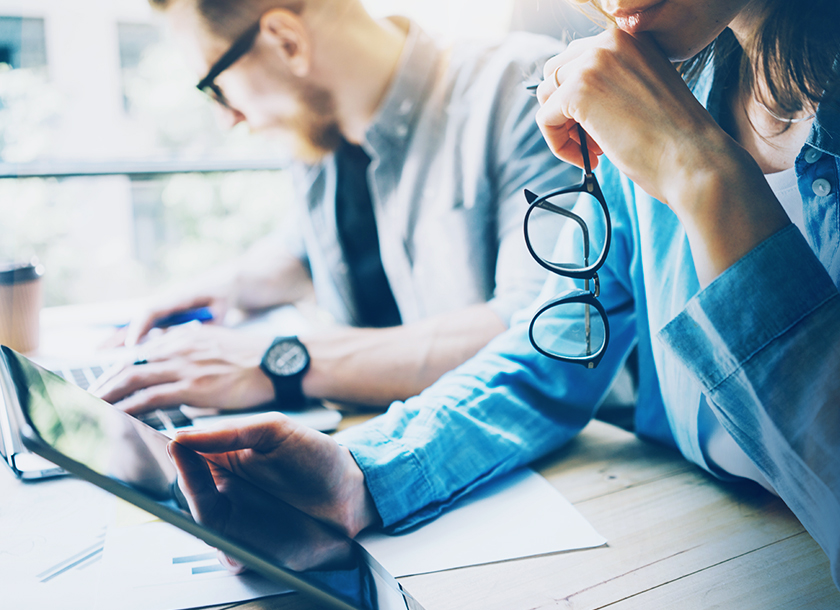 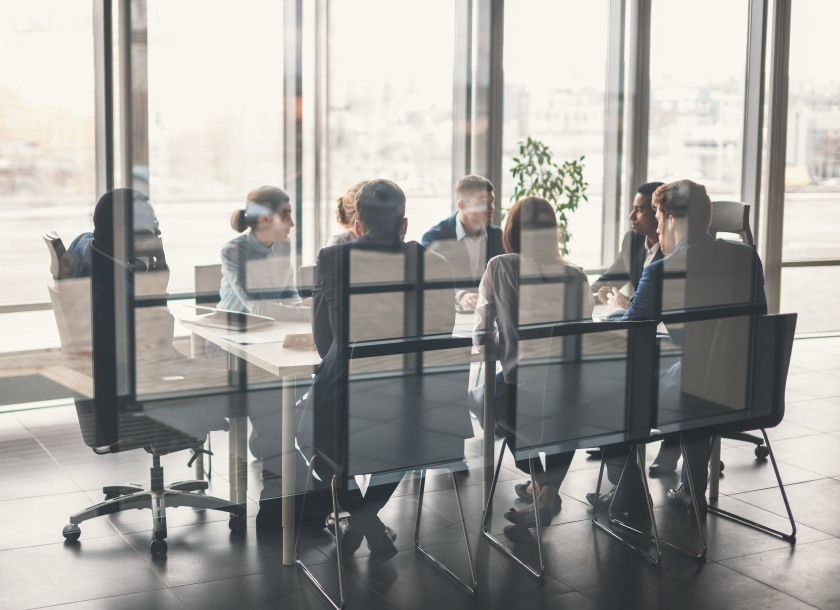