The purpose of meetings in the strategy process

In this interview Professor David Seidl, from the University of Zurich, shares his insights on the purpose of meetings in developing strategies. 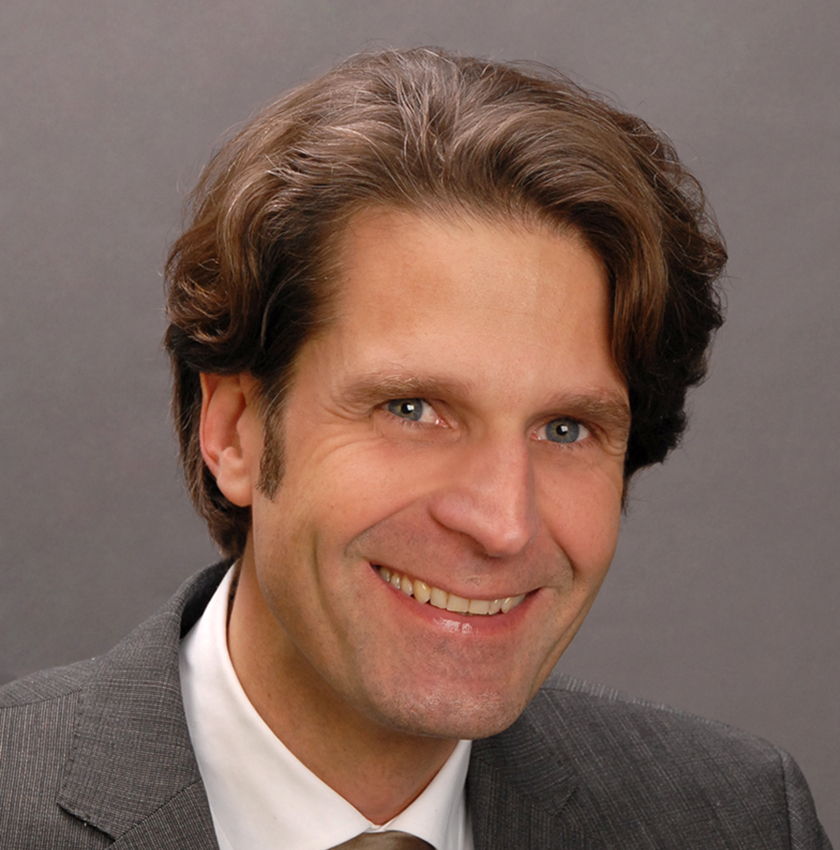 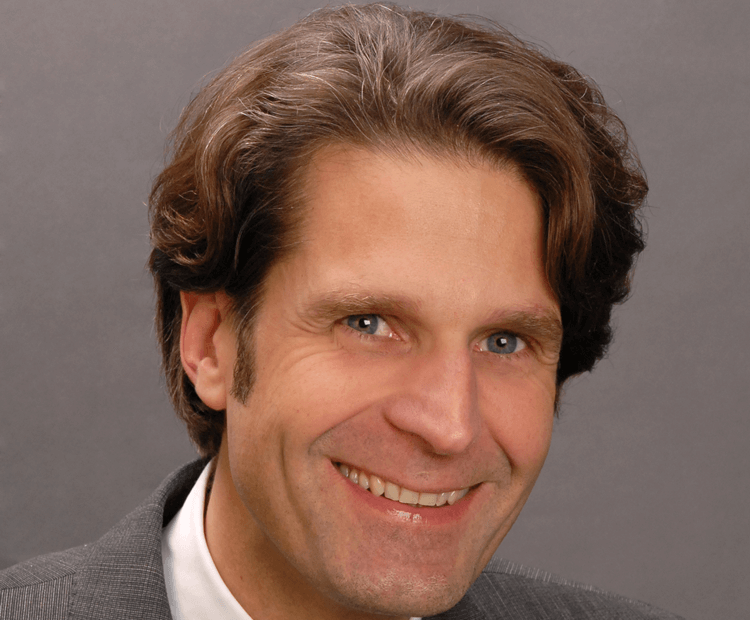 The purpose of meetings in business strategy can often be overlooked. Ironically, this is pivotal to organisational success, and leaders should recognise, optimise, and embrace meetings as a vital step in the development of strategy.

On the flipside of the same coin, the costs of failing to recognise the purpose of meetings in the strategy process are significant, and are something that we will explore in depth in this interview.

We interviewed Professor David Seidl, Full Professor and Chair of Management and Organisation at the University of Zurich to better understand the purpose of meetings in the development of business strategy.

Prof. Seidl: The classical function of meetings is the coordination function. As meetings bring together people who might not meet otherwise or might be dealing with their different tasks, meetings provide an arena for pooling information, for coordinating tasks particularly also across time etc. Often when people criticize meetings as ineffective, they refer to a failure in serving this coordination function – for example, because critical information is missing or because people might not be able to come to an agreement about how to coordinate their work or simply, because people might coordinate and decide on tasks already in pre-meeting encounters.

However, it would be wrong to say that this means that the meeting necessarily failed, since meetings serve also many other important functions. One of these functions is the cognitive function. People often meet not necessarily to coordinate work or make decisions about coordination but simply to make sense of and reflect on their situation. Particularly when facing puzzling situations it can help to bring people with different perspectives together to develop a more comprehensive understanding of the situation.

In addition to that, there are several latent functions of meetings. These functions are latent in the sense that you might not be able to officially call a meeting for those purposes. One of these functions is the political function. Meetings provide the opportunity to influence or even manipulate others’ views or to form new political alliances to advance one’s agenda. Another latent function is the social function in the sense that meetings allow for the development of a sense of belonging and identity or the formation of norms and values. Finally there is also the symbolic function. For example, meetings can help to reproduce the organizational order or hierarchy by symbolically representing that order. Often meetings are also necessary to symbolically underscore decisions that have already been taken elsewhere.

According to your research, meetings are often well-structured events with structured beginnings, procedures, and endings. From your experience, can you tell us more about the typical flow of effective meetings?

Prof. Seidl: One of the central characteristics of meetings as a social practice is their plasticity, i.e. their variability. Accordingly, there is not THE typical meeting structure. To be sure, there are particular types of meetings such as board meetings that tend to have a particular structure but these are very different from the structures of other types of meeting e.g. strategy meetings / strategy workshops. The only aspect that you always find is that you have particular practices of initiating meetings, such as welcoming and introducing the participants, conduct practices such as the transition from one agenda point or topic to the next or the organization of turn taking between different speakers, and finally termination practices such as determining how to proceed with the content of the meeting discussions or to remind the participants of upcoming meeting dates.

Can you make a recommendation for how meetings can be best structured in order to be efficient and effective?

Prof. Seidl: To answer this question you first have to define from whose perspective the meeting is supposed to be efficient and effective. Different people might have very different aims concerning a particular meeting – this is partly also related to the different meeting functions. For example, CEOs in board meetings might be particularly interested in getting support for the decisions that they want to take. Accordingly, they might not be interested in stimulating critical discussions. Against this background they might want to schedule the discussion of the decision at a point where the other participants have run out of energy, e.g. towards the end of the meeting. Other participants in contrast, might be particularly interested in a critical evaluation of the decision and hence schedule the respective topic at the beginning where everybody is particularly attentive and open to critical questioning. To the extent that people are aware of the way that the particular positioning of topics on the agenda have on the meeting dynamics, defining the agenda becomes a political process in itself.

Apart from differences in the participants’ aims about the meeting outcomes, we might also distinguish between what the organization theorist Nils Brunsson called decision rationality and action rationality. Often we think that we should structure meetings in a way that it increases the decision rationality and hence the quality of the decisions that might be made. In that respect you want to make sure that the participants devote a lot of time to a critical discussion of the decision, that they are made aware of all the alternatives and its different consequences, and that all alternatives are examined from all relevant perspectives. However as Brunsson stresses, “rational decision making affords a bad basis for action”.

For example, he showed empirically that following up on too many alternatives tends to diffuse motivation to act on any of the alternatives that might ultimately be decided on. Hence in terms of initiating action it is often better not to aim for rational decisions but rather for decisions that facilitate action. Accordingly, one might structure meetings in a way that they result in actionable rather than necessarily rational decisions. This could even mean that one restricts the extent to which all the alternatives are critically discussed.

In most cases, those responsible for developing strategy meet regularly and on a recurring basis. If we think of meetings as sequences of events, can you tell us anything about the way that meetings are linked?

Prof. Seidl: Often we find that organizations pre schedule a series of meetings that are devoted to different topics. Such pre-structuring can help reduce the complexity of the discussions as it allows bracketing particular issues and ensuring focused discussions. The danger of that however is that important relations between topics might be overlooked. For example, we often find that the discussion regarding strategy formulation and strategy implementation are devoted to different meetings even though considerations of implementation should already be taken into account when formulating the strategy.

One of the core challenges in organising a series of meetings is ensuring the transfer of discussion content from one meeting to the next. Often we find that meeting participants waste a lot of precious meeting time trying to recapture what had been discussed in the last meeting. In this respect, the timing of successive meetings is also crucial. However, dividing meetings up into a series of meetings can also be helpful in overcoming potential paralysis in discussions. Often we find that discussions in meetings get stuck. In such situations it can be helpful to start the discussion anew – possibly also with additional participants or a slightly changed agenda.

What role does leadership play in meetings? Can we distinguish between good and poor meeting leads?

Prof. Seidl: A key issue for meeting chairs is to know when to allow meeting discussions to develop their own dynamics and when to structure and interfere into it. For example, we know from earlier meeting research that the degree of interference of meeting chairs into turn taking in meetings has significant effects on the likelihood for new ideas to emerge and to be developed. Good chairs are aware of the different effects of different styles of managing turn taking and are able to change between different styles depending on the particular aims of the discussion.

What role do workshops play in the development of new strategies?

Prof. Seidl: Many companies organize strategy workshops as a way of generating new strategies. The idea is that by taking people out of their ordinary work context, they are able to critically reflect on the status quo and thereby develop new ideas about the future of the company. As Doz and Prahalad, two famous strategy scholars, once said, strategic change “usually requires stepping out of the existing management process – since these processes are set to sustain the ‘old’ cognitive perspective”. Empirically we also find that when you take people out of their established structures and routines, they are more creative and come up with more novel ideas. Yet, the more you take the people out of their established structures and routines, the more difficult it is to bring these novel ideas back to their ordinary work context. This is also known as the “effectivity paradox”, i.e. if you do not take people out of their structures and routines, they do not develop new ideas, but if you take them out of the routines and structures, these new ideas remain mostly ineffective as they are not transferred to the work context. Some companies handle this paradox by organizing a series of workshops where the earlier workshops tend to be clearly separated from ongoing activities, while the later workshops gradually approach the everyday context.

Finally, what we are particularly interested about is the use of digital tools during meetings. Can you tell us anything about the use of technology in meetings? Is there any research into the impact of digital transformation (such as the use of a meeting management software) on strategic decision making?

Prof. Seidl: Research on the role of technology in meetings and particularly with regard to strategic decisions is still in its infancy. We do, however, know that the introduction of such new tools has the potential to shift the distribution of power and to influence interpersonal dynamics as I want to illustrate. First, we often find when new technologies are introduced that it shifts some power to those who understand and are familiar with the technology.

For example, with the introduction of new digital tools IT managers often become more important and often gain powers of which they might not even be aware of. We also find that such tools often shift some of the power from the more senior managers who tend to be older and less technologically savvy to more junior managers who are more familiar with digital technology. Such shifts in power might rest on the ability to actually manipulate the technology to more subtle shifts in the status of participants when older generations are made fun of as old fashioned.

Second, we find that such new technology might influence the dynamics of meeting discussions to the extent that information might be exchanged in other ways freeing up more space for other kinds of discussions. Some researchers have also examined the influence of the so-called multi-modality on the meeting dynamics. New digital tools allow participants to interact via several channels at the same time, e.g. privately exchanging comments with fellow meeting participants via chat functions during an important exchange of views. 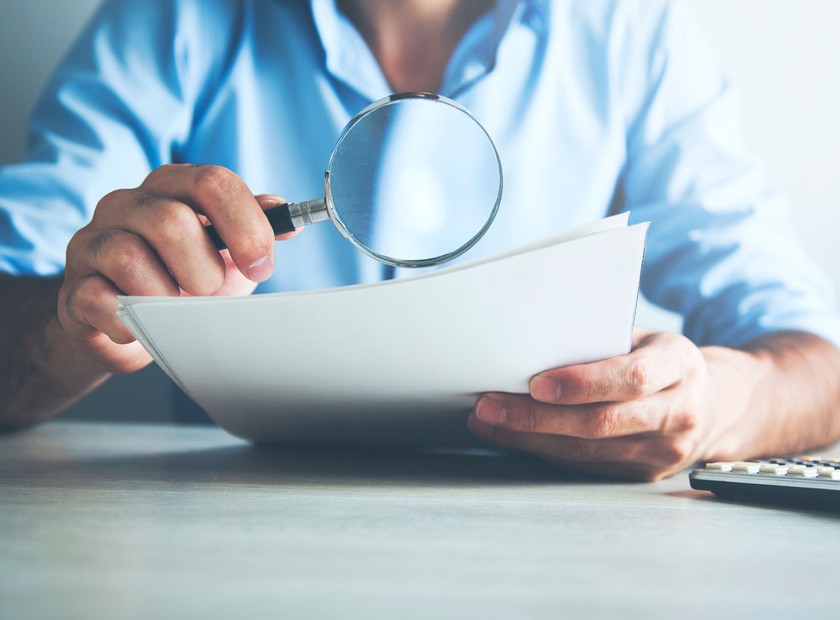 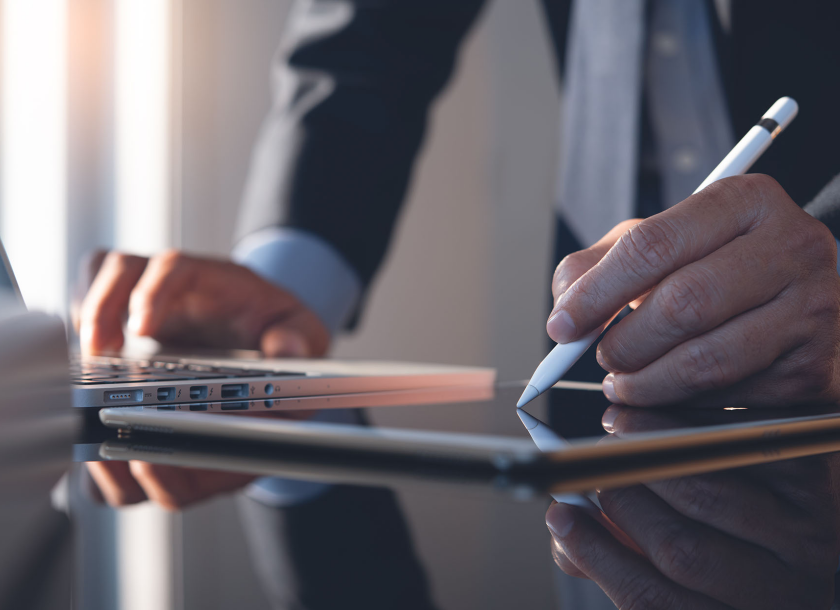 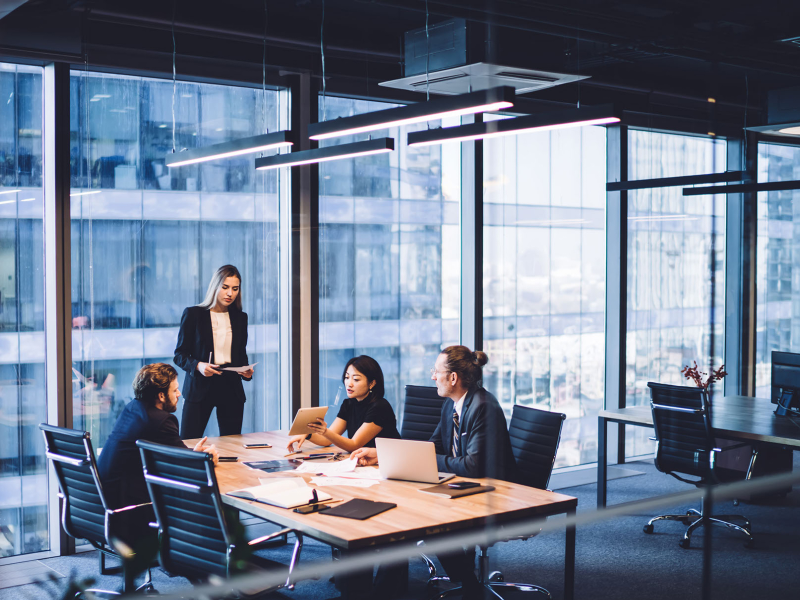